There was no place for investors to hide this week except in cash. A hotter than anticipated Consumer Price Index (CPI) caught most of Wall Street off guard and propelled the S&P 500 to its largest one-day sell-off since March 2020. The report showed August consumer prices increasing by .0.1% versus the street’s expectation of a decline of 0.1%. The Core reading that excludes food and energy showed an increase of 0.6%, much higher than the anticipated 0.3%. The Core number increased 6.3% on a year-over-year basis versus 5.9% in the prior month. The energy component of the reading fell by 10.6% month over month, but the Food and Shelter components continued to show significant increases. Interest rates moved significantly higher on the back of the print as the market priced in a 100% probability that the Federal Reserve will raise its policy rate by 75 basis points in the coming week.

Any hope that the Fed had a chance to pivot and that we had seen peak inflation was dashed after the more robust CPI print and bolstered the notion that rates would be higher for longer. To add fuel to the fire, Fed Ex preannounced Thursday after the close, reducing their quarterly earnings and withdrawing guidance for 2023. The news catalyzed another leg of selling on further concerns for the global economy. 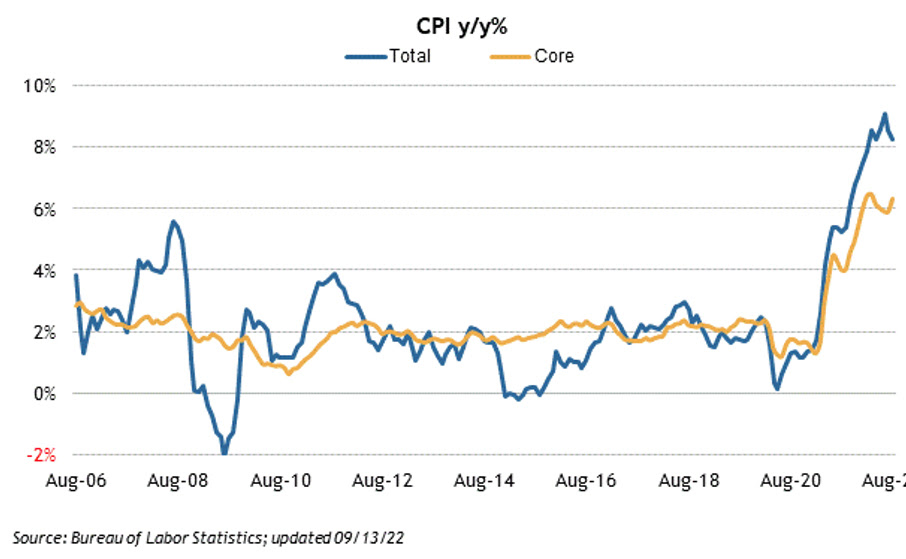 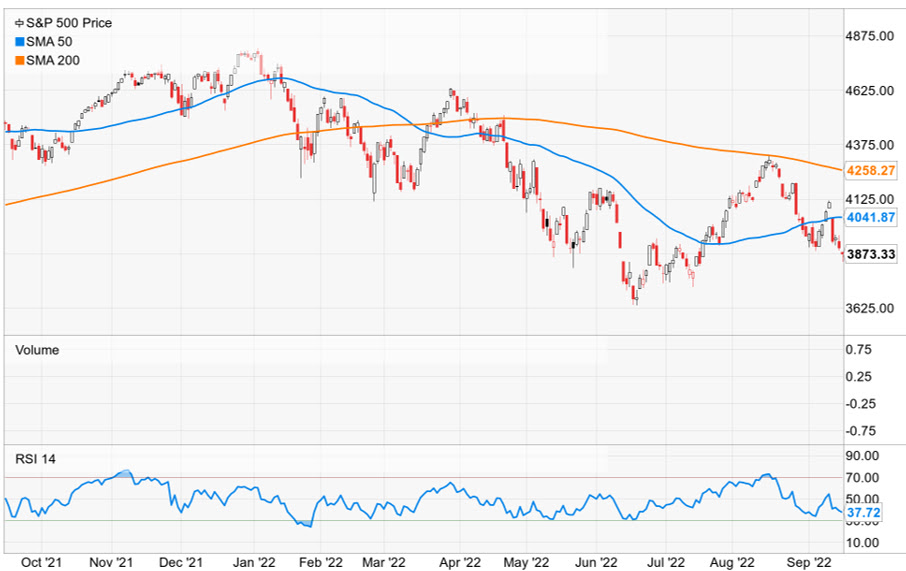 The economic calendar also featured the Producer Price index, which was slightly cooler than expected. Headline PPI increased 8.7% year-over-year in August, down from 9.8% in July. Similarly, Core PPI rose 7.3% year-over-year in August compared to 7.7% in July. Retail Sales in August increased by 0.3%, which was better than the consensus estimate of 0.0%. The Labor market continued to show strength. Initial claims came in at 213k, lower than the expected 230k. Continuing claims came in slightly higher than the week before at 1403k. A preliminary reading of Consumer sentiment came in at 59.5, which was lower than expected but higher than the prior reading of 58.2.